What is wrong with this picture? - Papal Visit ID 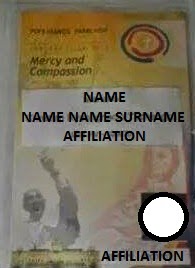 Email ThisBlogThis!Share to TwitterShare to FacebookShare to Pinterest
Labels: #PapalVist2015, From a TPC reader

Feeding the poor?  Definitely not!  Nothing wrong there.  They must be commended and encouraged to continue practicing this Corporal Work of Mercy.

I see this group every time I am at Quiapo Church.

But what is obvious here is already becoming a "trend" among Pinoy Catholics.

"Praying over the food".

Are we becoming more Protestant than Catholic?

I see more Catholics raising their hands rather than bending their knees (genuflecting) when entering the Church or kneeling during the elevation of the Host/Chalice/Exposition/Benediction.

This is the fault of the charismatic movement.

This is the fault of fashionista priests and clergy.

This is the fault of poor catechism.

ONLY THE ORDAINED RAISE THEIR HANDS.

Laity are not priests!

Put down your hands!

"But TPC! But TPC!  Why can't we pray and raise our hands at the same time?  Wasn't it mentioned in the Bible?"

Yes it was mentioned specifically in the Letter to James.

Is anyone sick among you? He should call for the priests of the Church and have them pray over him and anoint him with oil in the name of the Lord and the prayer of faith will save the sick person and will raise him up. If he has committed any sins, he will be forgiven» (Jas 5:14-15)


But this text is also clear that this is sacramental in nature as the apostle reminded his audience to call the "priests of the Lord".  Not just anyone.  But those who are ordained.

Let us know our role and do it well.

Posted by Pedro Lorenzo Ruiz at 11:54 AM No comments:

Somebody forgot to renew their contracts, no? 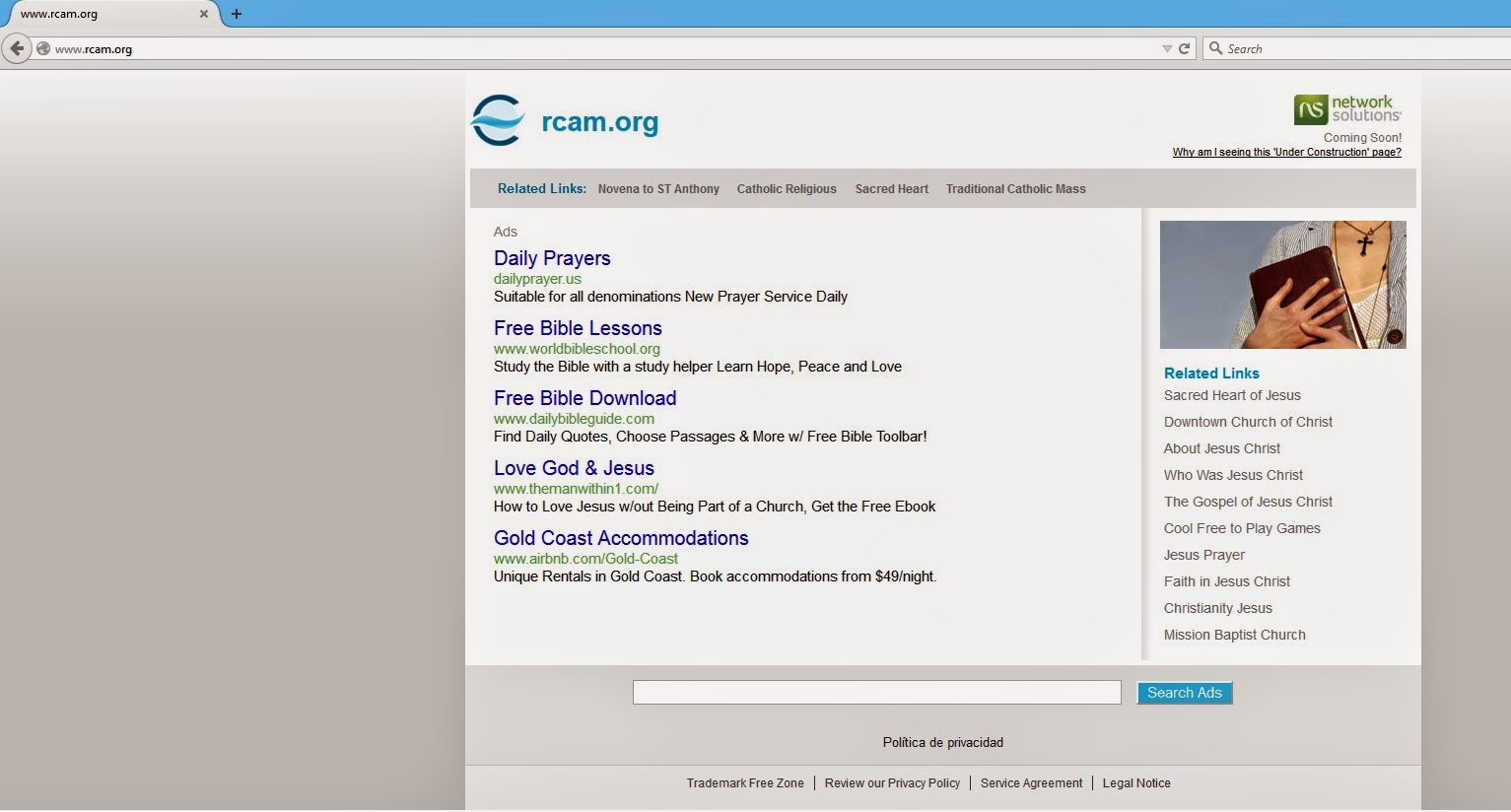 Catholic University does the unthinkable

All to raise money. 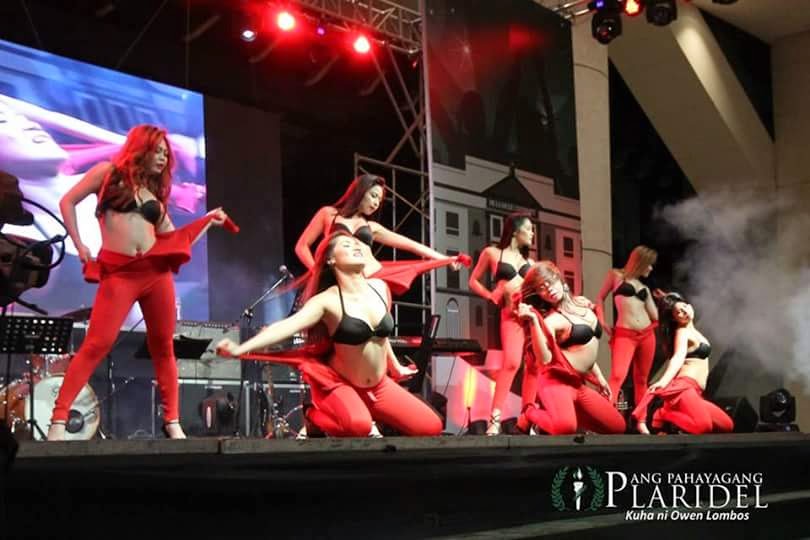 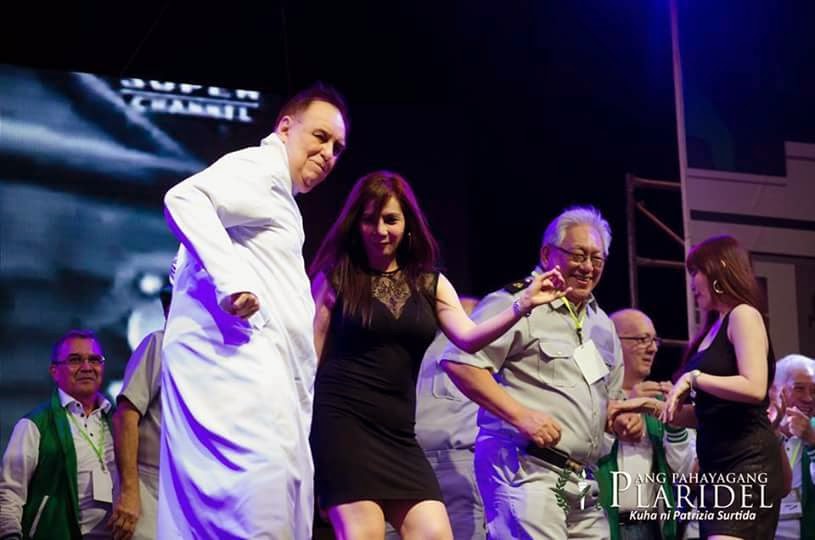 This is the sad state of our "Catholic" universities in the country today, all in the name of "tolerance' and "enlightenment".  Keeping ourselves very open made us people who are so numb to anything bad, evil and immoral.

We have become a laughing stock of secular and non-Catholic universities.

And to their defense comes the head of the De la Salle Alumni Association Services head Bing Capunot who said "I understand that [the public] only saw the photo, but if [they] experienced what happened during the homecoming, [they will realize] it was really just a short portion.".  You can read most of the dumb PR stunt response in this page.

Is this the kind of morality that the La Salle Brothers teach their students?  That public indecent exposure is "OK" if it is just for a "short portion"?

So, logically, we can have these kinds of shows in every Catholic institution of the country for as long as it is just for a "short portion".

We certainly hope that the Brothers will speak out against this kind of stunt.

There are so many ways to raise money for charity.

The "short portion" is unbecoming for a Catholic institution to host!  Admit it, say sorry and stop being a spoiled YELLOW BRAT!

Money for a worthy cause for any means necessary? 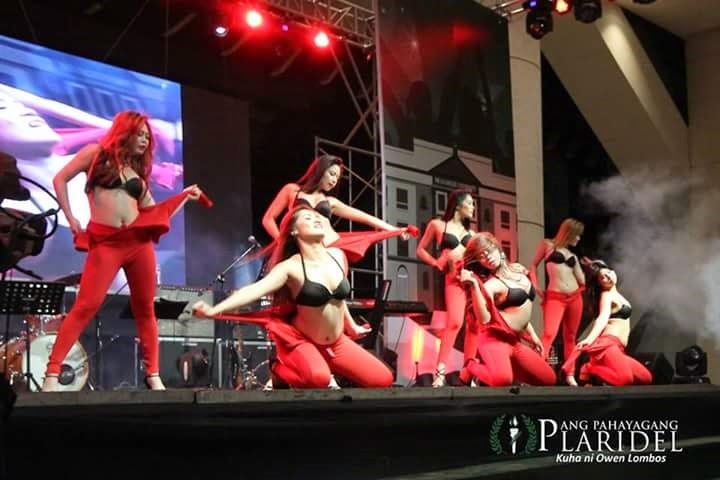 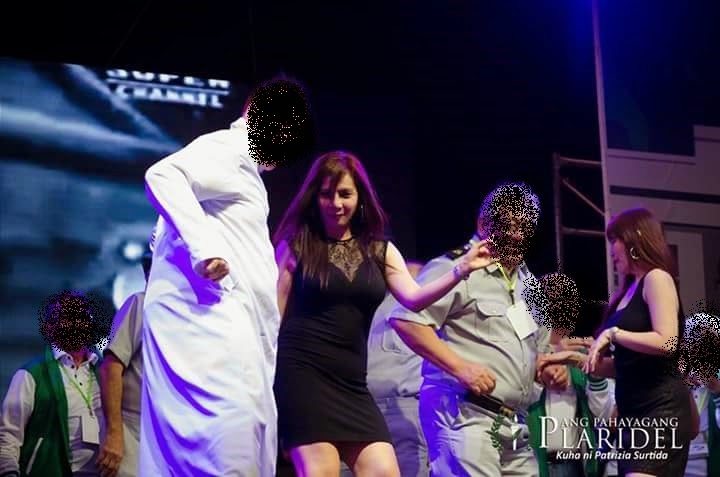 Email ThisBlogThis!Share to TwitterShare to FacebookShare to Pinterest
Labels: #DLSU, Christian Virtues, From a TPC reader

Funeral Mass for the late mother of Kim Chiu

Just because they are Chinese, doesn't mean you will wear red all the time no, dear Fathers? 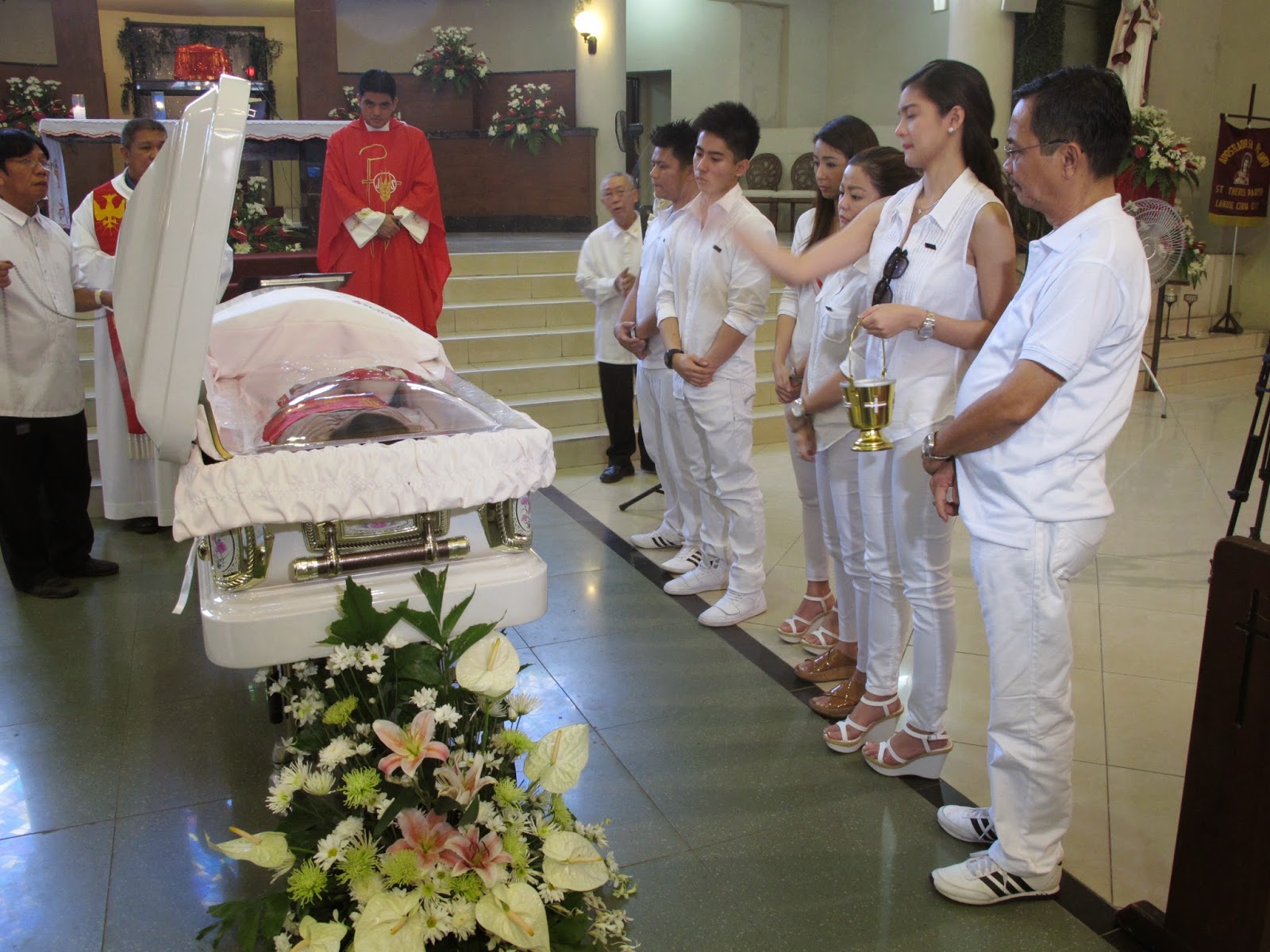 Red for a funeral Mass? 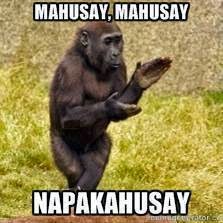 Cardinal Timothy Dolan of New York created quite a stir by comparing the IRA to the ISIS saying "The IRA claimed to be Catholic. They were baptized. They had a Catholic identity. But what they were doing was a perversion of everything the church stood for.” Dolan said that, like the IRA, the Islamic State extremists “do not represent genuine Islamic thought” but are “a particularly perverted form of Islam.”

The cardinal added that “the analogy (to the IRA) is somewhat accurate.”

I was itching to respond to this comment the moment I read it.  Thank goodness the Irish did it first!

Paul Doris of the Irish Northern Aid condemned the comments of the cardinal and called for an apology.

"Cardinal Dolan's statement of the IRA claiming to be Catholic and fighting in the name of a religion, and likens them to a despicable organisation like Isis, shows either total ignorance of the conflict and the history of Ireland or he has lazily followed the British propaganda like many of his ilk.

"The IRA has never claimed to be fighting as Catholics for Catholics, indeed, all down though Irish history, folks from all religious persuasions have fought for Irish Independence from Britain," he said.

Moral of this event.

Just because you are a cardinal doesn't make you intelligent.

Just imagine an overweight cleric, wearing a ring, a pectoral cross (dressing up like he is some bishop or something) with cross swords to boot as his so called loyalty to the highest bishop, bragging his stupidity online.

Sad thing for him though, is that all his stupid online outbursts have all been screencaptured by his own followers, and submitted to the Francis of Asia.

But I digress, obviously.

Cardinal Dolan, ISIS murders people, rapes children, destroys historical artifacts, vows to conquer the world all of these not only in the name of ISLAM but also in faithful adherence to what is written in the Qur'an!

Who are you, Cardinal Timothy Dolan, to teach Muslims and Christians what true Islam is and isn't?

Since when did Catholic leaders and teachers tell the world the true practice of another religion?  Since when was the last time we heard you teach us about THE CATHOLIC religion?

You will be grand marshall of a parade in your own city, in your own archdiocese, and that parade promotes the LGBT lifestyle.

Does the Church teach that we must "ACCEPT" the LGBT lifestyle?

So far, three bishops have endorsed it, including the feng-shui-is-okay-lang bishop. Maybe he should start reading it to knock his evil belief off him. 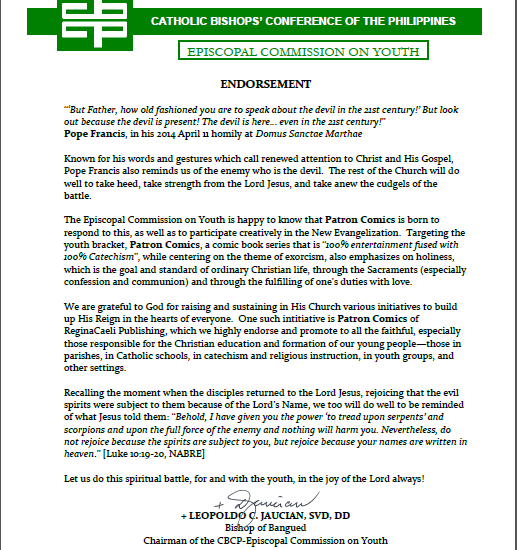 PATRON COMICS is a good alternative to almost everything in media now-a-days. 50 Shades? Jamich? Name it! 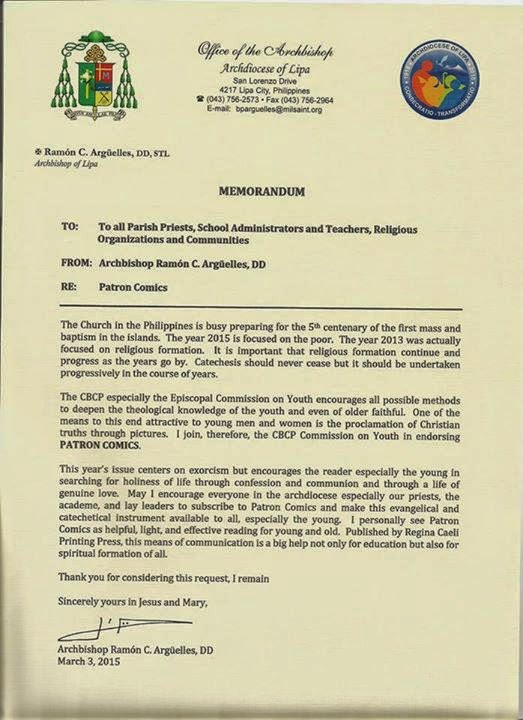 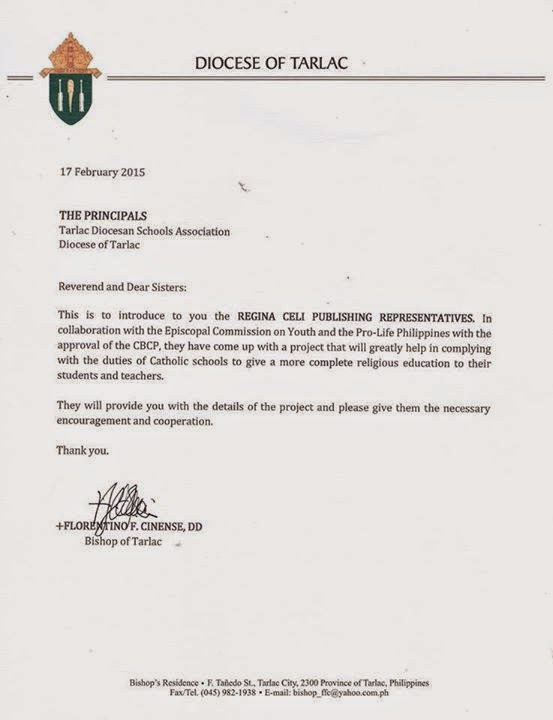 Read more about it here

Posted by Unknown at 1:46 AM No comments: 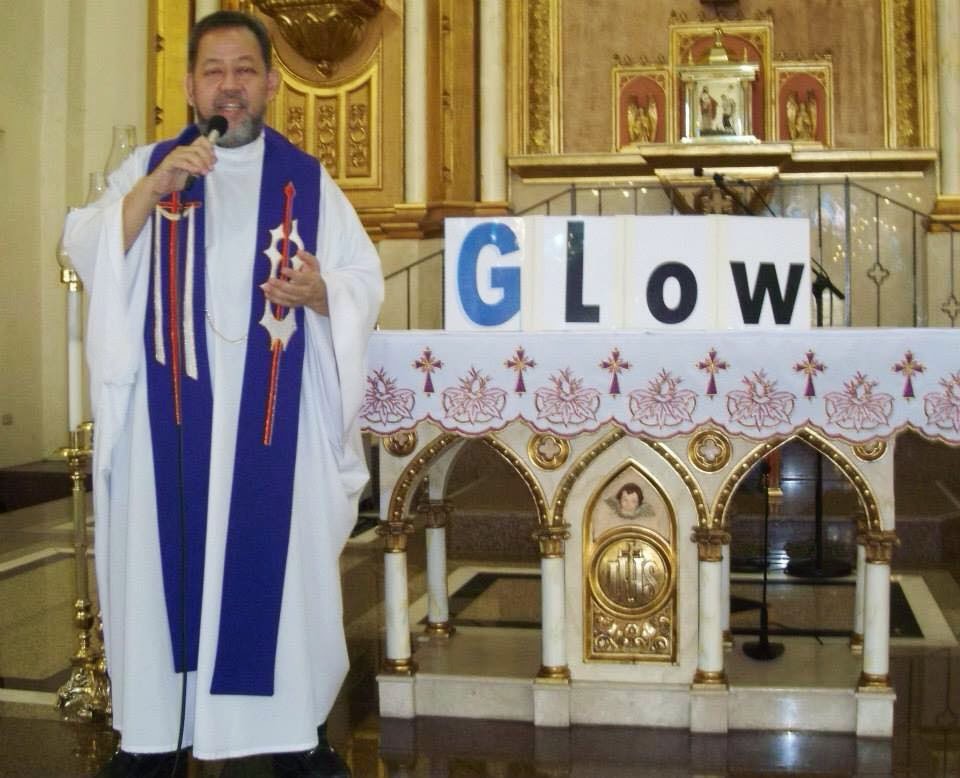 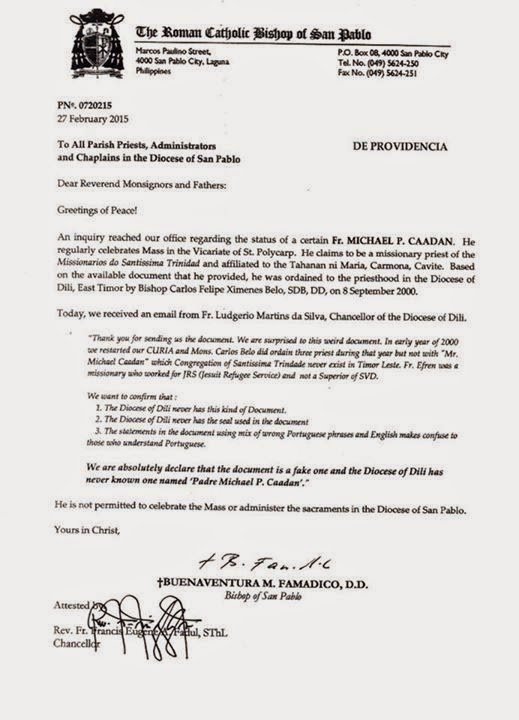