The relativism of Sta. Cruz Church

I have already posted about this yearly abuse of Sta. Cruz Church, an abuse meant to accommodate the pagan feast of the Chinese New Year.

Now I can say that this is not a liturgical abuse but a clear manifestation of the relativism of the priests of the Sta. Cruz Church.


Freedom negates and destroys itself, and becomes a factor leading to the destruction of others, when it no longer recognizes and respects its essential link with the truth. When freedom, out of a desire to emancipate itself from all forms of tradition and authority, shuts out even the most obvious evidence of an objective and universal truth, which is the foundation of personal and social life, then the person ends up by no longer taking as the sole and indisputable point of reference for his own choices the truth about good and evil, but only his subjective and changeable opinion or, indeed, his selfish interest and whim.


Pope Benedict XVI also referenced relativism in his homily prior to the 2005 conclave that elected him pope:


How many winds of doctrine we have known in recent decades, how many ideological currents, how many ways of thinking. The small boat of thought of many Christians has often been tossed about by these waves – thrown from one extreme to the other: from Marxism to liberalism, even to libertinism; from collectivism to radical individualism; from atheism to a vague religious mysticism; from agnosticism to syncretism, and so forth. Every day new sects are created and what Saint Paul says about human trickery comes true, with cunning which tries to draw those into error (cf Ephesians 4, 14). Having a clear Faith, based on the Creed of the Church, is often labeled today as a fundamentalism. Whereas, relativism, which is letting oneself be tossed and "swept along by every wind of teaching", looks like the only attitude acceptable to today's standards. We are moving towards a dictatorship of relativism which does not recognize anything as certain and which has as its highest goal one's own ego and one's own desires. However, we have a different goal: the Son of God, true man. He is the measure of true humanism. Being an "Adult" means having a faith which does not follow the waves of today's fashions or the latest novelties. A faith which is deeply rooted in friendship with Christ is adult and mature. It is this friendship which opens us up to all that is good and gives us the knowledge to judge true from false, and deceit from truth.


From these we can draw that relativism is based on the following:


1. There is no objective and revealed truth.
2. Truth is based on one's experience.
3. One's ego makes the judge of all things.  This ego is mistakenly or maliciously called as "conscience"


This ego centric approach to revealed truth as handed down by the Church becomes so relative, a mere lay person or priest becomes the arbiter of what is good and bad for the Faith even though things such as paganism and geomancy become ways of "being a welcoming Church".

This is how the Blessed Sacrament Fathers of Sta, Cruz Church have acted these past celebrations of Chinese New Year.

You will see in the photos below. 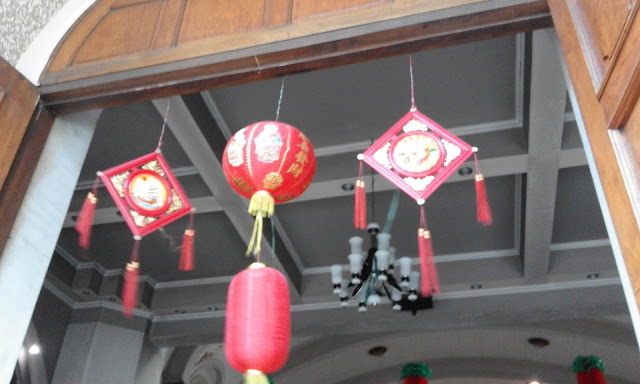 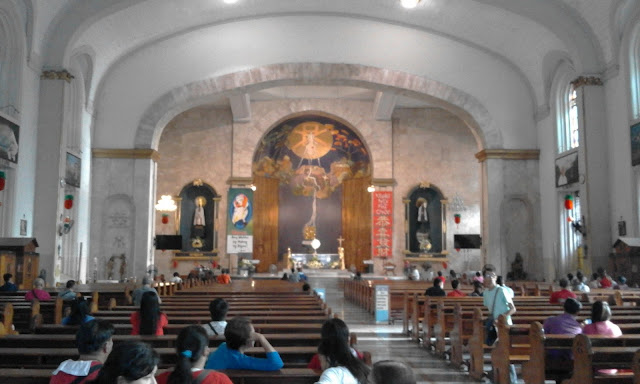 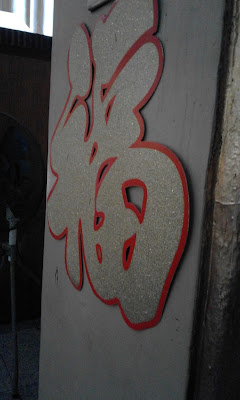 And for the coup de grace, Good Luck signs all around the church.

I have heard about how accommodating the SSS Fathers as long as the price is...

A friend priest once told me "TPC, you think these priests would toy with these things if money was not involved?"

Imagine what they will choose when shown so much fame, power and money... 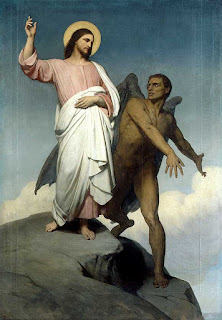 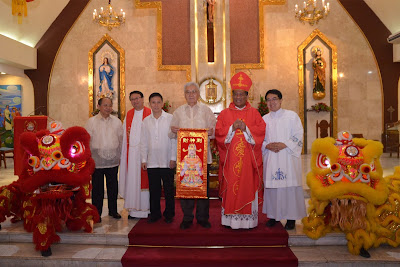 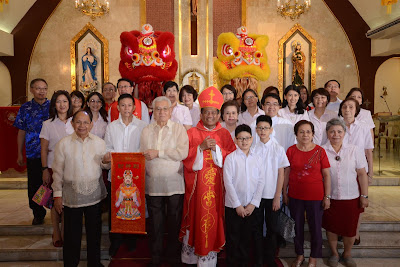 Because you need guys in lion costumes to drive the evil spirit away in a Catholic church.

Yeah, instead of an exorcist.

Was the lion dance a part of the Mass?  I don't know.  The GULP policeman did not mention it.

Why inside the church?  Why not outside?

So what's wrong inside the church?

Because pagan matters have no business being inside a Catholic church unless they are about to be exorcized.

And the bishop should have used this as a teaching moment.

PS:  Was the LITURGICAL COLOR of THAT day RED???

The hypocrisy of a liturgist

I received a very disturbing news about a parish whose monstrance containing the Blessed Sacrament got robbed on the eve of the parisH fiesta.

After learning of the theft, the parish priest who is a liturgist of the SchoOl of Chupungco, decided to hush hush the theft and went aLong with the parish fiesta. And he did celebrate the fiesta, going to from one house to another, partYing in the parish ground as if nothing sacrilegious happened.

This hypocrite oF a liturgist And a scandal of a priest did not even bother to stop whatever festivities they had in the parish in order to call for an Act of Reparation.  Keep in Mind, he must call for an act of reparation as soon as the theft was dIscovered.  He did not even bother to announce what happened to the Blessed Sacrament during the whoLe Sunday!  He just had to partY and get on with the fiesta celebration.

On the city over the hills.

Where the family whose father is a carpenter is.


Shameful!  You are a disgrace!  And to think you brag about being one of the liturgists during the papal visit!

If you can't be a good priest, then be a good layman!

Leave the priesthood you shameless cleric!

You'd put more emphasis on the fiesta than on the sacrilege that has happened to the Blessed Sacrament!