The Dominican Sisters of Regina Rosarii are a bunch of aging 'New Agers'. Who in their right mind would do these at Mass? 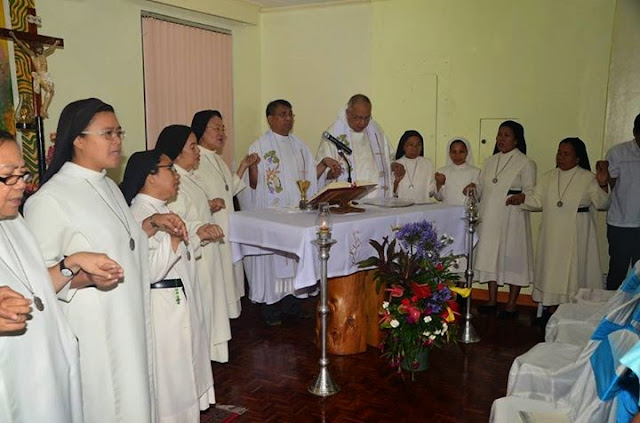 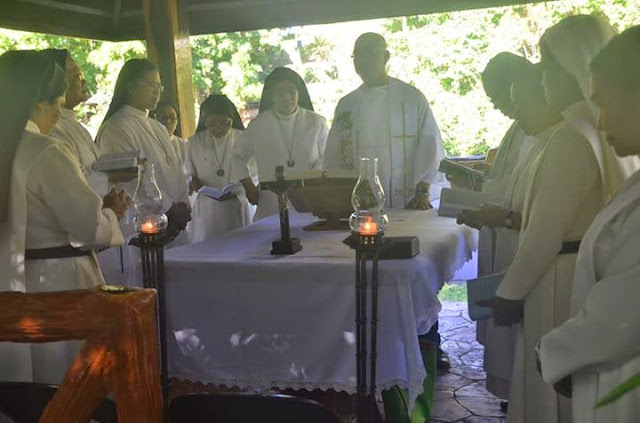 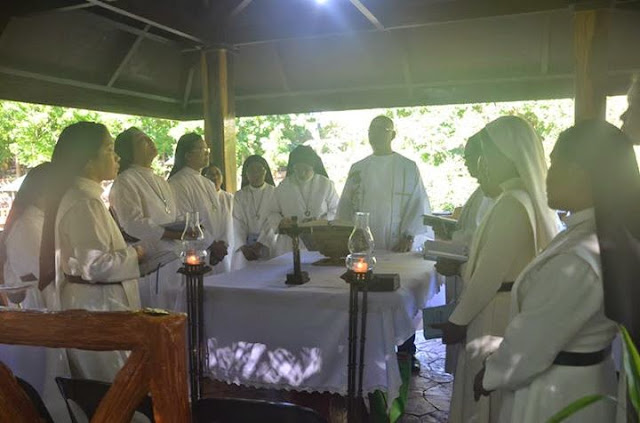 Let us pray for them. This order only has 15 sisters. May the Lord spare us from more new agers. 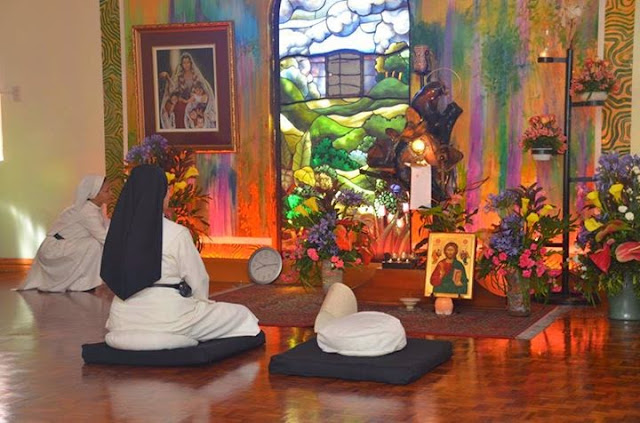 Email ThisBlogThis!Share to TwitterShare to FacebookShare to Pinterest
Labels: #NewAge, From a TPC reader, Women Priests

MAY YOUR TRIBE INCREASE, Father Joel Buenviaje of Novaliches diocese. 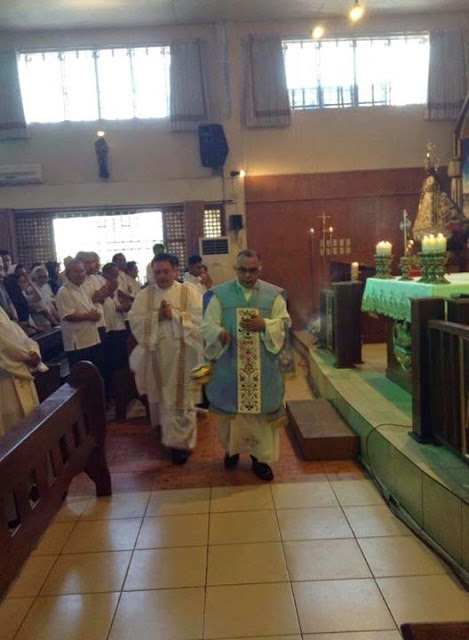 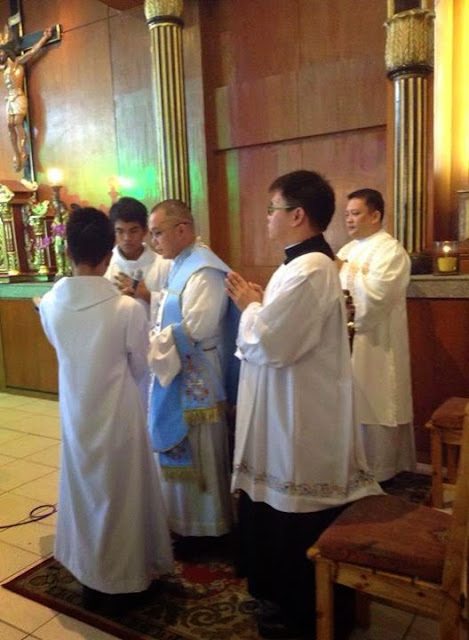 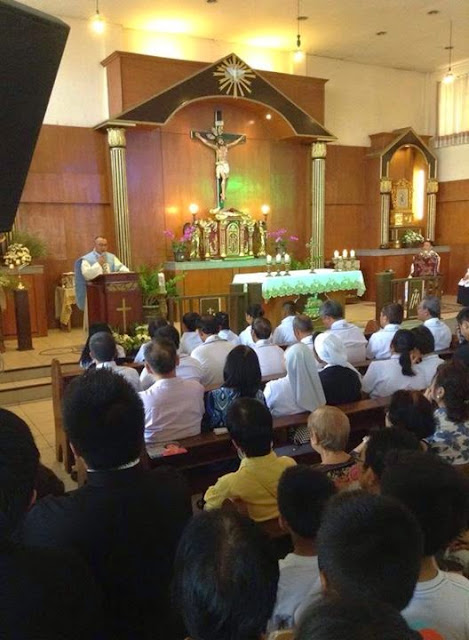 To liturgists, do you still bow and for whom? 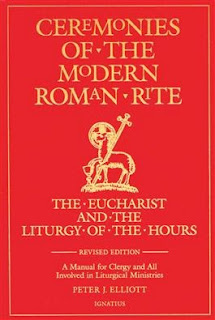 From "Ceremonies of the Modern Roman Rite: The Eucharist and the Liturgy of the Hours: a Manual for Clergy and All Involved in Liturgical Ministries"

202.   A bow of the body is made to the altar when the Blessed Sacrament is not on or behind it, to the celebrant, before and after incensation and when it is specified in various rites.  It is always made to the bishop on approaching before leaving him and when passing in front of him during ceremonies. This bow should be gracious and unhurried. The body inclines forward from the waist, so that the hands could touch the knees, but they are kept joined as usual.

203.  A bow of the head is made at the mention aloud of the three Divine Persons (during the first part of the Glory be to the Father"), at the holy names of Jesus, Mary and of the saint whose honor the liturgy is being celebrated. In pratcice, the shoulders incline slightly during this bow. When naming Our Lady of the saint of the day, it may be made more moderately than at the name of Our Lord, when these names all occur in the same test, as in the first Eucharistic Prayer. A slight bow also expresses mutual respect and gratitude before and after receiving an object or being assisted in some way during a ceremony.  [Emphasis mine - Pedro]

It is really amazing how some so called experts in Liturgy who possess these diplomas from San Beda and Paul VI Institute cannot even the simple bow of the head at the mention of the name of the Lord and the Lady in the Liturgy.

Makes you wonder what is the purpose of all those intelligence really is all about?

Do we need to be schooled to show respect to the Lord?  Do we need the academic degree for that?

Now here is the million dollar question, so many millions they already transferred it to secret bank accounts in Canada and Switzerland. Right Manong Jojo?

"DO YOU STILL SEE PRIESTS, BISHOPS AND ALL LAY PARTICIPANTS IN THE SANCTUARY BOWING THEIR HEADS AT THE MENTION OF THE HOLY NAME?"

Legislation or no legislation, rubric or no rubric, decorum calls for it. You don't need a gun pointed at you before you show respect.

The Lord deserves it.

So give it Him.

BREAKING NEWS! Mother Teresa to be canonized on September 2016! Not really.

Blessed Teresa of Calcutta is reportedly going to be canonized on September of this year according to reports published online by the Times of India.

But this is apparently a rumor as reported by Inés San Martín of CruxNow.

Vatican spokesperson, the Jesuit  Rev. Fr. Federico Lombardi called it a "working hypothesis" since the canonization will be considered "apt" for the observance of the Extraordinary Jubilee of Mercy proclaimed by the Bishop of Rome, Pope Francis.

Posted by Pedro Lorenzo Ruiz at 9:15 AM No comments:

Is this how we teach our kids to pray?

This whole raise your hand thing is getting out of hand.

People would rather fall down on their knees so that others can pray over them but would balk at the idea of receiving Holy Communion, receiving the Lord Himself, on bended knees!

I wouldn't be surprised if someday these folks here end up becoming Evangelical Christians.

I have seen it personally myself with my own relatives.

Posted by Pedro Lorenzo Ruiz at 8:38 AM No comments:

Another Bishop does it right 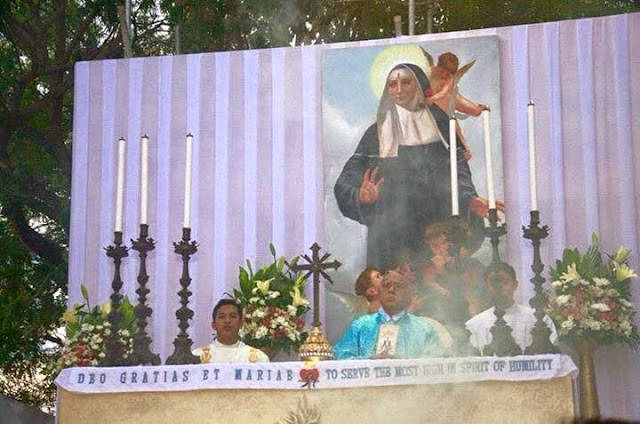 It is also the the feast of our lady of Fatima, thus the blue vestments. 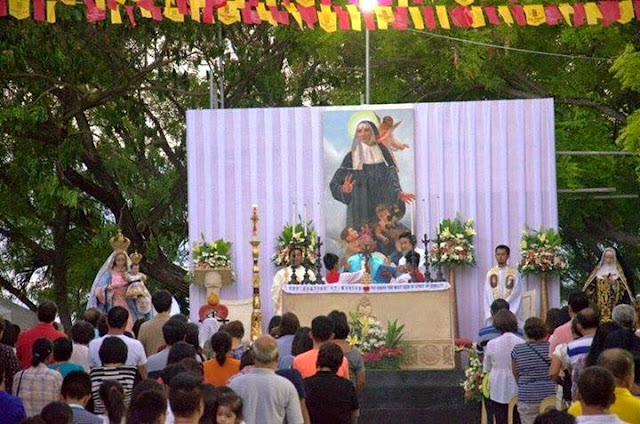 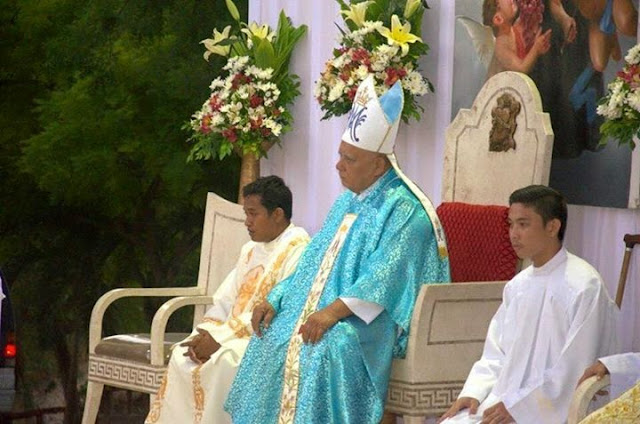 Stole or a scarf? 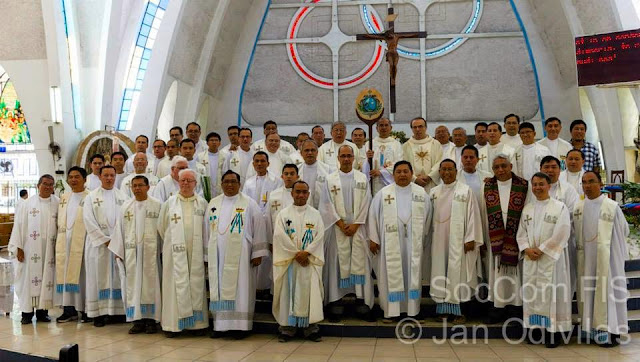 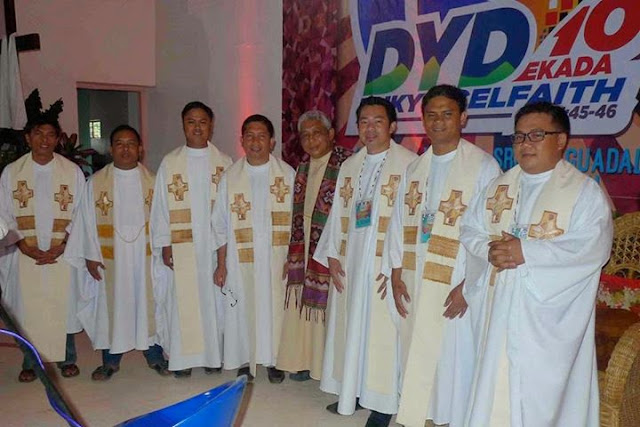 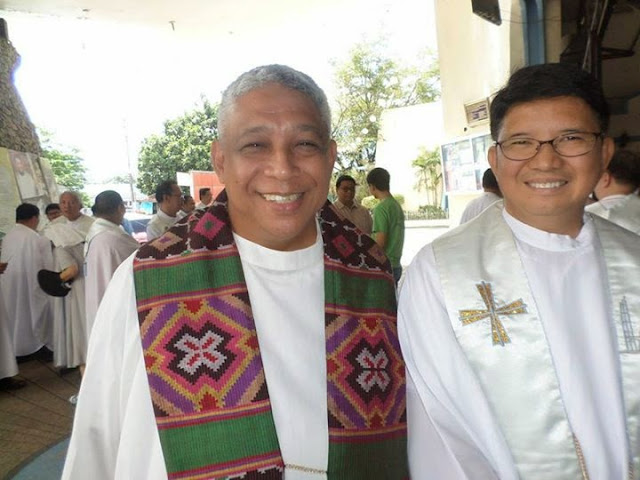