Communion in the Hand is the culprit

If that is the intent, why not just pass the ciborium and have the people get It themselves?

Wasn't that how things are being practiced in retreat houses?

We have posted photos of self-communication Under "normal circumstances", the ordinary ministers of Holy Communion are the bishops, priests and deacons. NORMAL. BUT!

I am one of those who greatly admire you Archbishop.

The least you could do is to think and pray this over.

And worst for this year, the hands of the people are all wet!  Putting the consecrated hosts in people's hands would of course

I have to look at the history of the Church, Her legislation, tradition and patrimony if there is such a thing as "extraordinary moment to receive Holy Communion".

There are 6 to 7 million reasons that the archbishop and those supporting this Host passing can cite.  But there is only one reason why we should not do this.

Maybe we could always allow this dear Archbishop Villegas for every Mass we celebrate at the Luneta where people pack the grounds.  The El Shaddai group always fills the grounds of their "church" in Paranaque.

Maybe we could've planned to tell the pilgrims to just line up near the Communion stations aka kubols so they can just pick the Host themselves.

Why does the Church even have ministers to give Holy Communion and not let people get the Host themselves and feed themselves with It?

Communion by the hand is a form of self-communion.  That defeats the symbolism of having the Lord feed us with his own Body.  The ministers give to us the Bread of Life to feed us.  We do not feed ourselves.  The Lord feeds us.

Trained or not, the EMHCs who distributed the Hosts should know that it is their job to be there to:

Surprised?  Yes, you read it right.  The first job objective of anyone distributing Holy Communion is to protect the Lord.  There are instances where priests approach public sinners from approaching Holy Communion since they are not worthy tor receive the Lord.  Leo Cardinal Burke often mentioned it that if a politician advocating abortion would approach him for Holy Communion, he would have refused him Holy Communion.

Ok we maybe getting off track here, but we ARE NOT.  Those EMHCs who were in their stations at the Luneta Park are no Cardinal Burke and certainly not in a position to tell if one of the pilgrims is worthy of receiving Holy Communion, save for a fact maybe when the communicant approaches him with either the "666" or inverted cross on his forehead, or the Freethinkers or Carlos Celdran...

The hands of the communicants were also wet.  When you place the Hosts, thin wafers made of wheat flour, they absorb water.  With all those passing around, do you think the Hosts stayed dry?

Do you remember the claim of the great liturgist Fr. Genaro Diwa about pushing for Communion in the Hand to prevent the spread of SARS and that it is more "hygienic" than Communion on the Tongue?

Can't hear them now, do we?

For those talking about being too rubricist and holier-than-thou accusation...

Here is something for you.

I have talked to some EMHCs and even nuns who were stationed at the Communion Stations.  I asked them for their "experiences".

They found Hosts in the mud!

If those who defend this practice call this a pastoral response and about "feelings", then let us just throw away the Bible, the Catechism, the Code of Canon Law (which the Church wrote as a pastoral response to the pastoral needs of the Church).  We'll just all see fit what is proper and necessary based on our feelings, based on what the Spirit tells us, based on whatever tricks or creativities a bishop or priest can ever think of.

Wasn't the defense "based on the situation" the same defense that the pro-RH camps used?  Wasn't it their defense to say that if a couple has too many children and they cannot practice NFP, maybe the Church in this "situtation" can allow the couples to practice artificial contraception?  There are even "priests", catholic priests, yes with a small "c", who say that the Church must allow artificial contraception for the

We really made a world record that day at the Luneta.

In this digital age, this act will be replayed over and over again.

This is on the organizers and the EMHCs.

Make an Act of Reparation.

We all surely need the Mercy and Compassion of God for the Hosts that were treated that way.

Are we sure no one took home a Host?

And since we started this post about an "extaordinary situation", look at these pictures and ponder on what the archbishop said about "the situation". 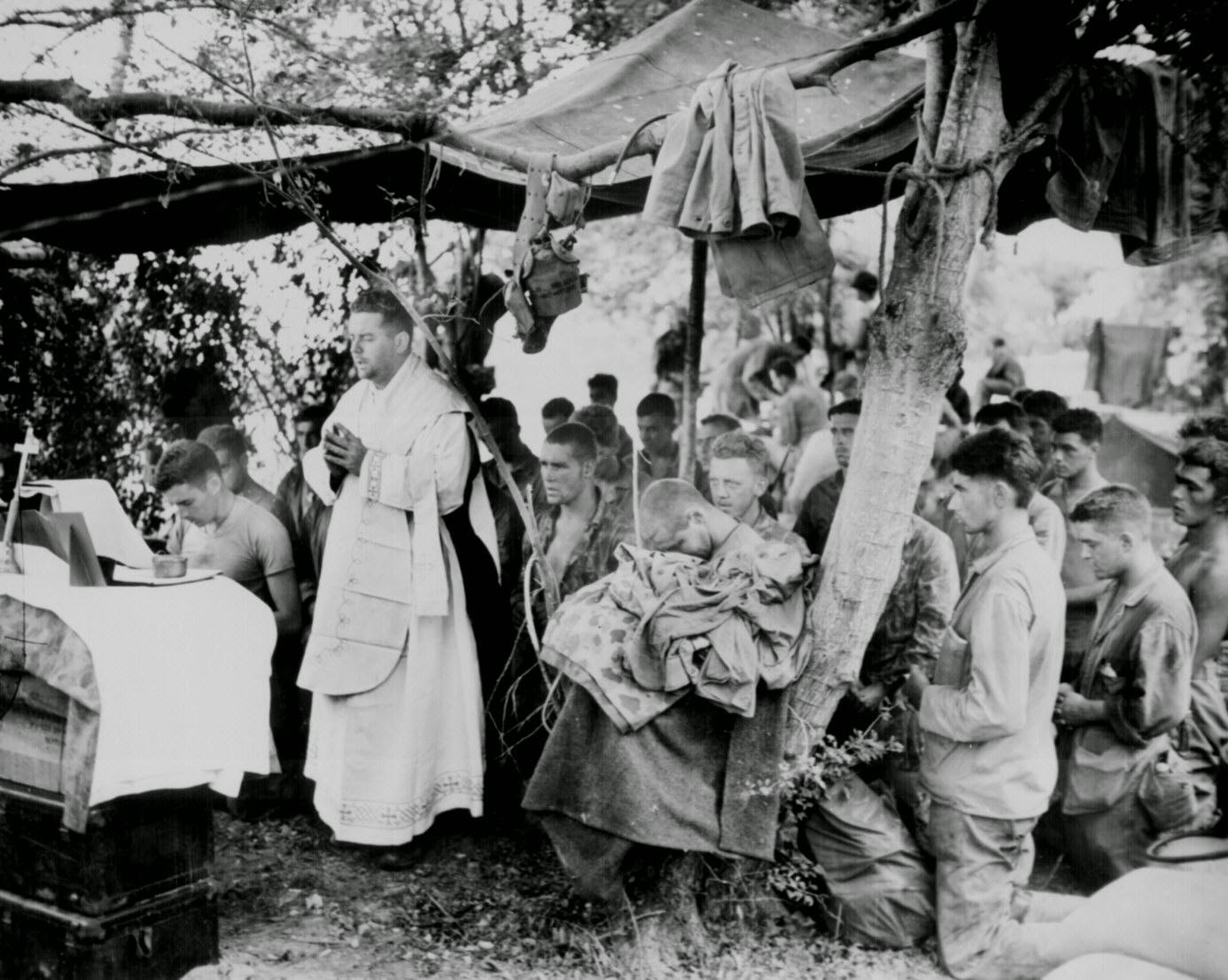 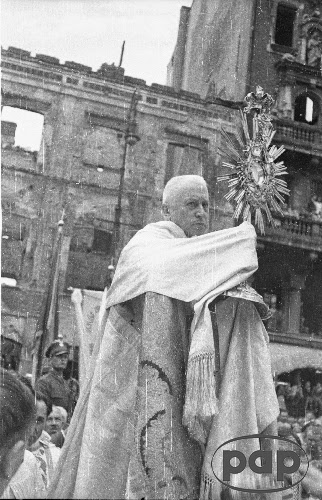 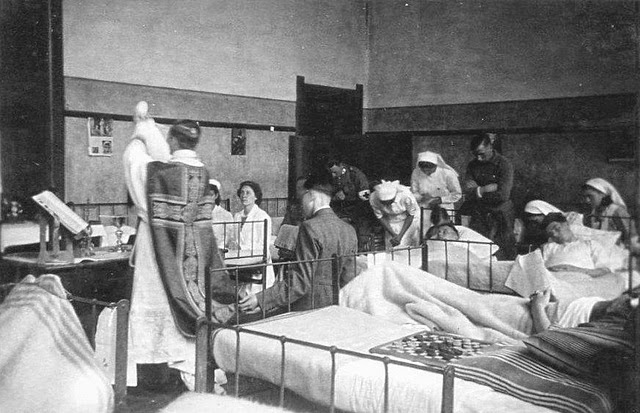 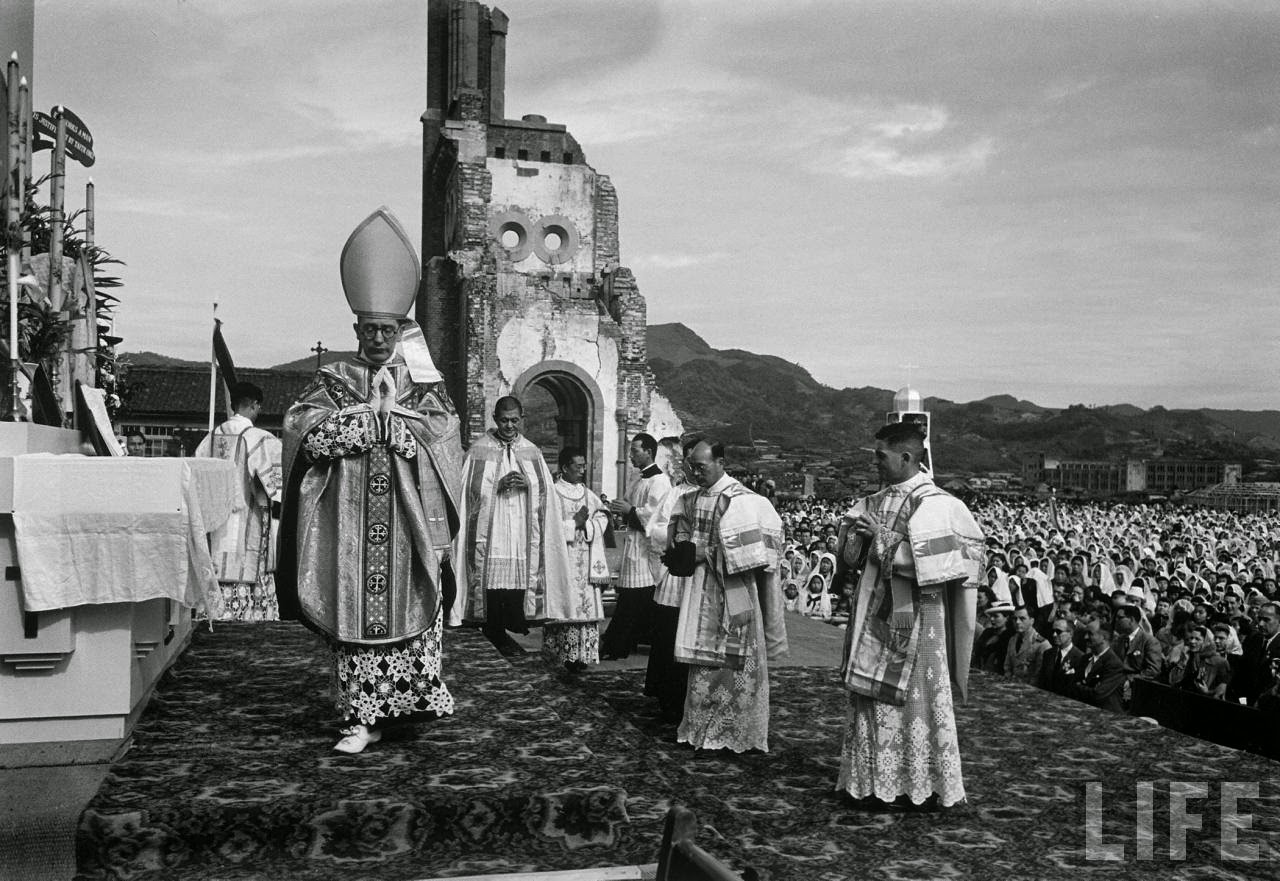 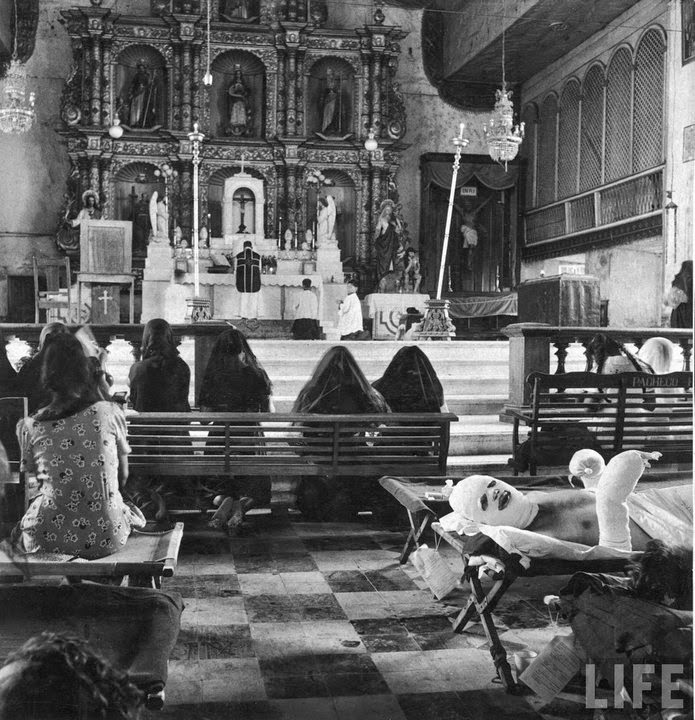 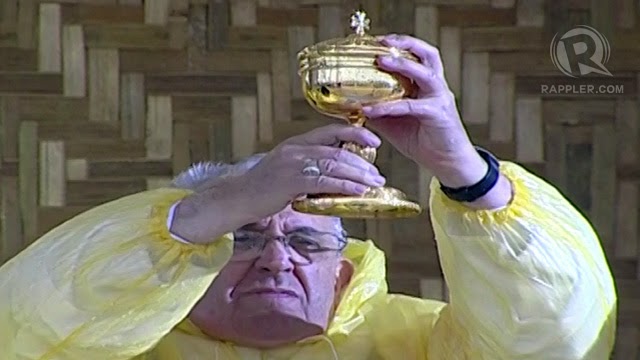 In these situations we say like what our elders say:  Kung gusto may paraan, kung ayaw maraming dahilan.

FYI, no Communion was held at Tacloban according to my friends who were there.  Why?  Winds and rain was strong.  Better not have Communion or risk desecrating the Holy Eucharist.

Communion in the hand is like what we say in business school:  The Risks far outweigh the Benefits.

Think about what you just did.

Now if you still are sure of what happened was ok, write a letter and send it to Rome.  Tell them if that happened again, you'd do it again.

Communion in the hand is the culprit.  If it were not allowed, this would not have happened.

Email ThisBlogThis!Share to TwitterShare to FacebookShare to Pinterest
Labels: Ban Communion in the Hand petition, sacrilege