BREAKING NEWS: Pope Francis hints that he may resign too. 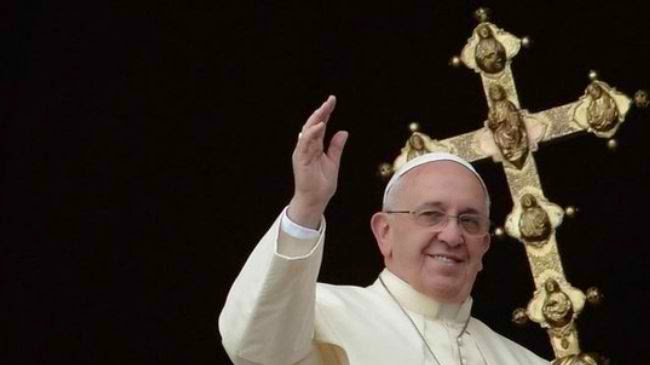 The Pope was interviewed in the Spanish newspaper La Vanguardia.

You can read the full English translation of the interview here.

The pope discussed a lot of things and mentioned about the teaching of Benedict XVI about the relationship of science and faith.

But when he was asked about the renunciation of Benedict XVI, he made this comment.

He also mentions that before the conclave, he already submitted his resignation to Benedict XVI after reaching 75.  He said he was already ready to retire and get back to the parish life.

But we know how things changed when he was plucked out of Rio and into the Vatican.

What do you think of the renunciation of Benedict XVI?

Pope Benedict has made a very significant act. He has opened the door, has created an institution, that of the eventual popes emeritus. 70 years ago, there were no emeritus bishops. Today how many are there? Well, as we live longer, we arrive to an age where we cannot go on with things. I will do the same as him, asking the Lord to enlighten me when the time comes and that he tell me what I have to do, and he will tell me for sure.

The Holy Father praises the act of supreme humility of the pope emeritus.

Second, he was valid in his argument about having bishop emeritii.  There were none before.  But because of the advancement in science, men live longer.

Thirdly, he too will make the decision if the Lord tells him to do so.

Of course, seeing him now, he is like a young St. John Paul II.  He is full of energy.

We may not see that in the near future.  But it all depends upon the him and the Lord.

No one holds the KEYS as a right.

And it is such a burden.

Only the man can say when he has done enough to hold the keys.

And it takes courage and humility to do that.

Imagine that!  A man letting go of the keys of the kingdom of heaven.

While one boisterous cleric refuses to let go of his "ministry"...

Posted by Pedro Lorenzo Ruiz at 9:59 AM