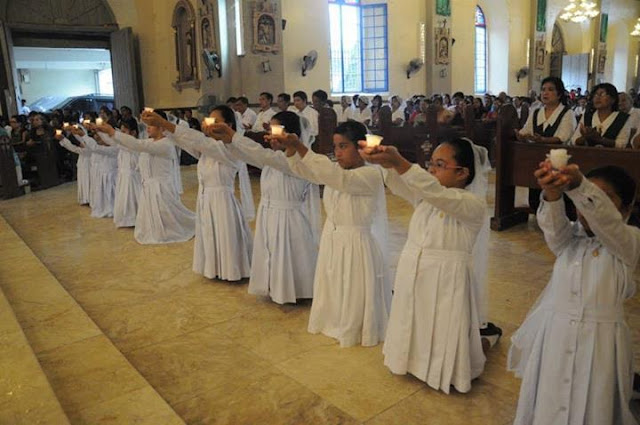 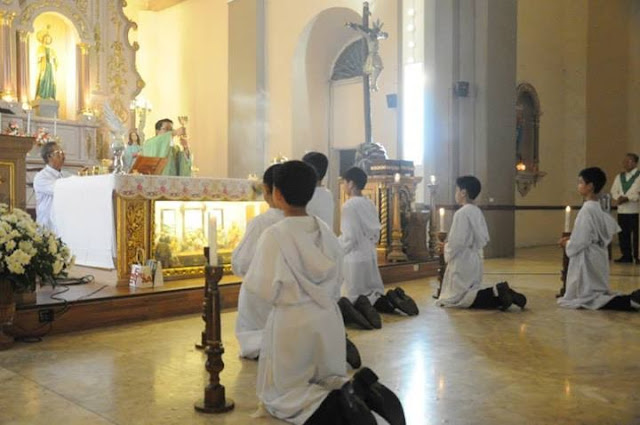 This is from the album of Rev. Fr. Greg Vega of St. Andrew Parish, Candaba, Pampanga.

I feel so nauseated thinking of how these poor girls were made to look like they were a bunch of vestla virgins.

No.  This was not during the girls' first communion.

Our GULP agent said that this is a staple of Sunday or fiesta Masses of Fr. Greg.

Wherever he got this idea, I don't know where.  San Beda or PIL in Bukidnon, perhaps?

All the marks of active participation and gender equality written all over it.

And can you see women wearing the scapular like "stoles" of the EMHCs?

Why have the same one as EMHCs?

Because women can't be EMHCs so they need an EQUAL garb.

So, there you have it.

I'm still nauseated with these priests who think they can just do whatever they want in the Mass.

As if THEY OWN THE MASS!