Pope Francis: Practice what you preach, priests and laity

Vatican City, 15 April 2013 (VIS) – Yesterday afternoon, Pope Francis presided over Mass at Saint Paul Outside-the-Walls on his first visit to that basilica as Bishop of Rome. Concelebrating with the Holy Father were Cardinal James Michael Harvey, archpriest of the basilica, and Abbot Edmund Power, O.S.B., of the St. Paul Outside-the-Walls Abbey.

In his homily, the Holy Father recalled that the basilica is built above the tomb of St. Paul, “a great yet humble Apostle of the Lord, who proclaimed him by word, bore witness to him by martyrdom and worshiped him with all his heart.” He added that these were the three words—proclamation, witness, worship—that he wanted to reflect upon in light of the Word of God in the liturgy's readings.  [This is the typical approach to preaching a homily.  Keywords.  Makes me remember a priest-friend though he is not a Jesuit.  :)]

Commenting on the first reading, in which the Apostles are imprisoned for preaching of the Risen Christ, the Pope observed that Peter and the Twelve “proclaim courageously, fearlessly, what they have received: the Gospel of Jesus. And we? Are we capable of bringing the word of God into the environment in which we live? Do we know how to speak of Christ, of what He represents for us, in our families, among the people who form part of our daily lives? Faith is born from listening, and is strengthened by proclamation.” [it starts from education, catechesis, an example!  Even though we received our Faith when we were infants, we were nurtured to the Faith by our families.]

“The proclamation made by Peter and the Apostles,” he emphasized, “does not merely consist of words: fidelity to Christ affects their whole lives, which are changed, given a new direction, and it is through their lives that they bear witness to the faith and to the proclamation of Christ. In today’s Gospel, Jesus asks Peter three times to feed his flock, to feed it with his love, and He prophesies to him: 'When you are old, you will stretch out your hands, and another will gird you and carry you where you do not wish to go'. These words are addressed first and foremost to those of us who are pastors: we cannot feed God’s flock unless we let ourselves be carried by God’s will even where we would rather not go, unless we are prepared to bear witness to Christ with the gift of ourselves, unreservedly, not in a calculating way, sometimes even at the cost of our lives.”  ["If we would not let go."  Speaks more about letting go and letting God.  I wonder if some priests actually have this in mind.  Too much narcissism these days.]

“But this also applies to everyone: we all have to proclaim and bear witness to the Gospel. … In God’s great plan, every detail is important, even yours, even my humble little witness, even the hidden witness of those who live their faith with simplicity in everyday family relationships, work relationships, friendships. There are the saints of every day, the 'hidden' saints, a sort of 'middle class of holiness', as a French author said, that 'middle class of holiness' to which we can all belong.”

“But in different parts of the world, there are also those who suffer ... on account of the Gospel; there are those who give their lives in order to remain faithful to Christ ... Let us all remember this: one cannot proclaim the Gospel of Jesus without the tangible witness of one’s life. I am thinking now of some advice that Saint Francis of Assisi gave his brothers: 'Preach the Gospel and, if necessary, use words'. Preaching with your life, with your witness. Inconsistency on the part of pastors and the faithful between what they say and what they do, between word and manner of life, is undermining the Church’s credibility.”  [Wonderful! I thank the Holy Father for bringing this into attention.  Because of too much "active participation", we think that holiness consists more of doing and talking than actual "witnessing", which is more of living it out with our very own lives.  Feminists nuns and liberals love to use the term "witnessing" to give an excuse for them not to wear their habit and to shun anything that is traditional in the Church.  They think they are "trapped" into their "costumes" when in fact by just wearing their garb, they witness to the whole world the consecration they have given, the life they have offered in service of God and His Church.  This is what the Liturgy is also.  We worship not by taking up too many roles in the sanctuary.  We worship and actively participate by praying from our pews, by praying in silence, then we also become "witness" of the unraveling of the Divine Liturgy when we pray in silence, not by thinking what our next dance moves are, what kind of creativities we would like to inject in the Mass.  I remember hearing a story about St. Francis and the power of the religious habit. St. Francis once brought his little brothers to the market to preach.  They stood in the corner of the market in their tattered habits.  And then they went back.  His brothers were wondering why they did not say a word and just stood there.  St. Francis reportedly said "By just standing there, we have already preached."  Sad to say that most priests, brothers and nuns give the flimsy excuse of being "immersed" with the community by shunning their habits.  As if the people will run away once they see a woman in nuns clothing or a priest in cassock!]

“All this is possible only if we recognize Jesus Christ, because it is He who has called us, He who has invited us to travel his path, He who has chosen us. Proclamation and witness are only possible if we are close to him, just as Peter, John and the other disciples in today’s Gospel passage were gathered around the Risen Jesus. … And this is important for us: living an intense relationship with Jesus, an intimacy of dialogue and of life, in such a way as to recognize him as 'the Lord'. Worshipping him!”

“I would like all of us to ask ourselves this question: [ask yourself, ask myself] Do we worship the Lord? Do we turn to God only to ask him for things, to thank him, or do we also turn to him to worship him? What does it mean, then, to worship God? … All of us, in our own lives, consciously and perhaps sometimes unconsciously, have a very clear order of priority concerning the things we consider important. Worshipping the Lord means giving him the place that He must have; worshipping the Lord means stating, believing—not only by our words—that He alone truly guides our lives; worshipping the Lord means that we are convinced before him that He is the only God, the God of our lives, the God of our history.”  [Obedience ring a bell folks?]

“This has a consequence in our lives,” the pontiff noted. “We have to empty ourselves of the many small or great idols that we have and in which we take refuge and upon which we often seek to base our security. They are idols that we sometimes keep well hidden; they can be ambition, careerism, a taste for success, placing ourselves at the centre, the tendency to dominate others, the claim to be the sole masters of our lives, some sins to which we are bound, and many others. This evening I would like a question to resound in each of your hearts, and I would like you to answer it honestly: Have I considered which idol lies hidden in my life that prevents me from worshipping the Lord? Worshipping is stripping ourselves of our idols, even the most hidden ones, and choosing the Lord as the centre, as the privileged path of our lives.”  [Ha!  I can think of one blogger right now! Ha!]

“The Lord,” concluded the Bishop of Rome, “calls us each day to follow him with courage and fidelity. He has made us the great gift of choosing us as his disciples. He invites us to proclaim him with joy as the Risen one, but He asks us to do so by word and by the witness of our lives, in daily life. The Lord is the only God of our lives, and He invites us to strip ourselves of our many idols and to worship him alone. To proclaim, to witness, to worship.”

Funny how some priests...

...publicly humiliate and castigate the SSPX for not obeying the Pope when he in fact cannot even obey his own superior with a simple request to stay off his computer!

...publicly defend the Holy Church, daw, but in fact loves and craves the attention for what he is doing.  Was it all really for the Lord or for fame and fortune?

If it is not for fame and fortune, try my style!  Don't show your real face and go around asking for freebies and inviting yourself to events and asking for a seat of honor and asking for "donations" and...


Ah, obedience! Nobody knows it better than these folks. 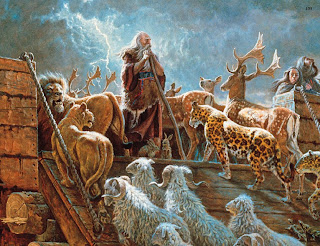 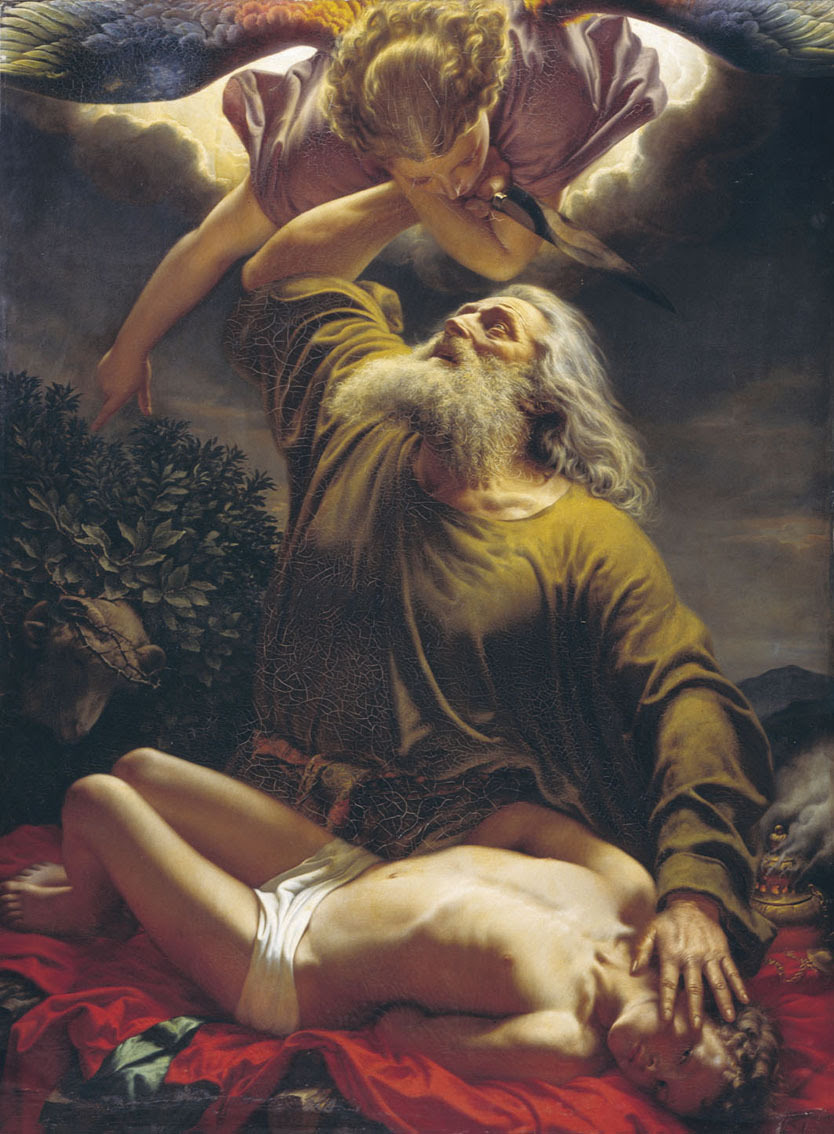 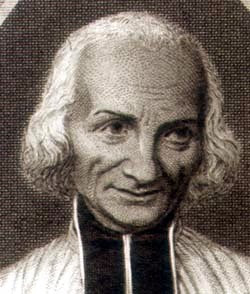 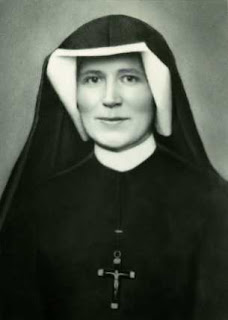 These men and women BREATHED Obedience!

One sign that a priest or a religious has a problem...when he becomes the superior of his own, even if the order of the superior is valid, not conflicting to Church law or morals...

Some folks are really full of hot air in their coconut shells.


”Obedience is a virtue of so excellent a nature, that Our Lord was pleased to mark its observance upon the whole course of His life; thus He often says, He did not come to do His Own will, but that of His Heavenly Father.”
--Saint Francis of Sales, Doctor of the Church


”Naturally we all have an inclination to command, and a great aversion to obey; and yet it is certain that it is more for our good to obey than to command; hence perfect souls have always had a great affection for obedience, and have found all their joy and comfort in it.”
--Saint Francis of Sales, Doctor of the Church