Photos of the Canonical Installation of Cebu Archbishop Jose Palma

Many many many thanks to Fr. Jan Thomas Limchua for the photos. He is a young priest of the Archdiocese of Cebu and studies at the Colegio Sacerdotale Tiberino, Rome.

Here is a nice photo of Fr. Jan. 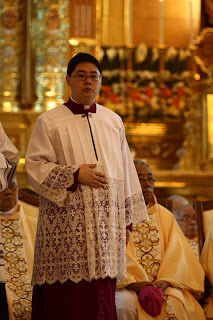 And here is another nice one. 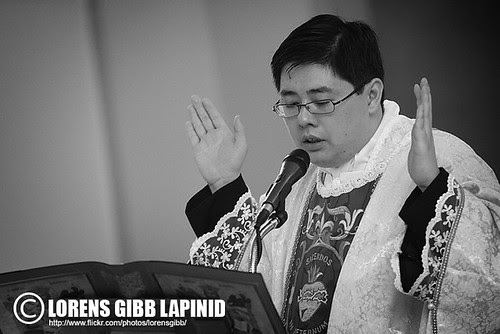 The whole photo set of this Mass can be viewed here.
He was at the Installation Mass as one of the Masters of Ceremonies as you can see below. 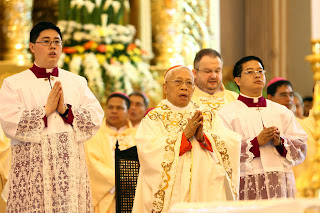 
Fr. Limchua said that the event "was attended by over 800 priests and 70 bishops from all over the country."

Now here are excellent shots of that historic event courtesy of Needs and Solutions Photos and Videos.

Links for Needs and Solutions can also be found here and here.  They are the same group who took the nice episcopal photos of Archbishop Palma and Cardinal Vidal.  Fr. Jan is also in the photoset.  Click here.

Now back to the photos. 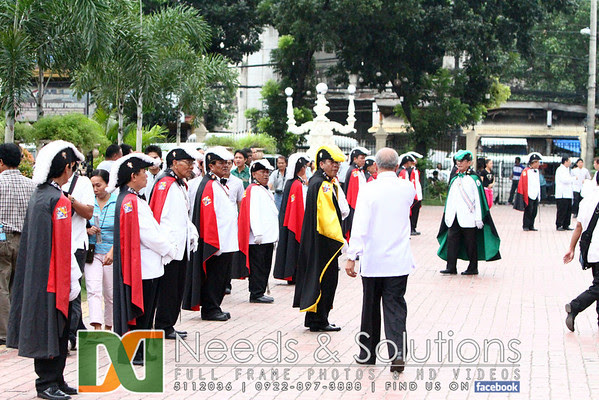 My brother Sir Knights preparing for the arrival honors 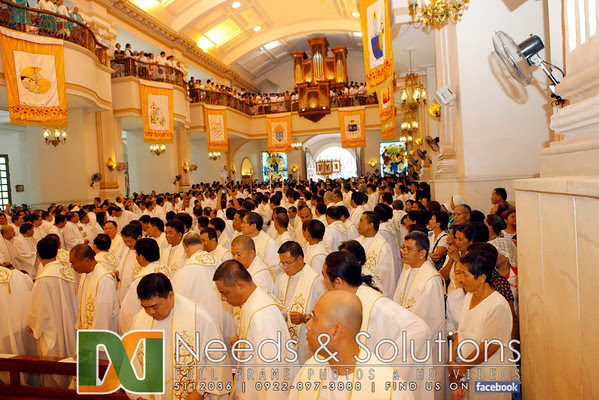 The cathedral was filled mostly by priests and religious! 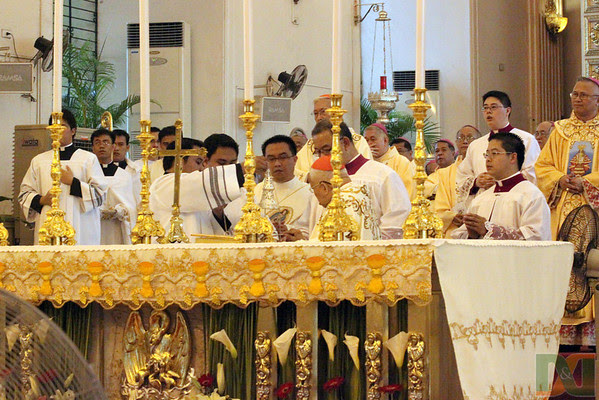 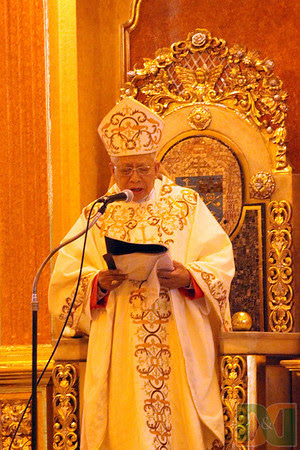 Cardinal Vidal on the beautifully ornate cathedra.
Compare it with the Manila's cathedra... 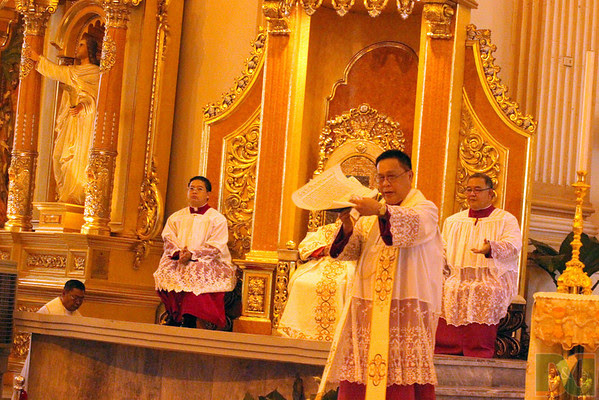 The papal bull announcing the appointment of Archbishop Palma to the See of Cebu is read and shown. 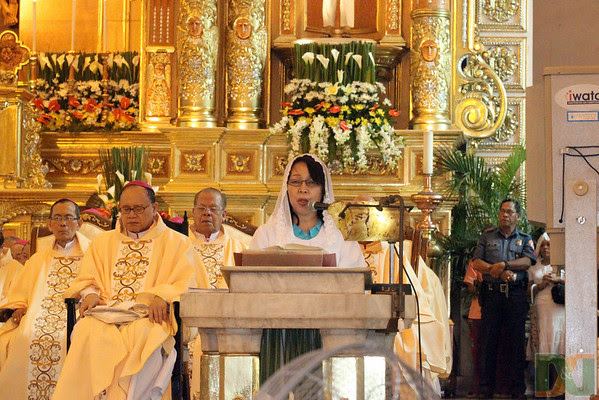 One of the readers in mantilla!  Nice!
Wear the mantilla Catholic women! 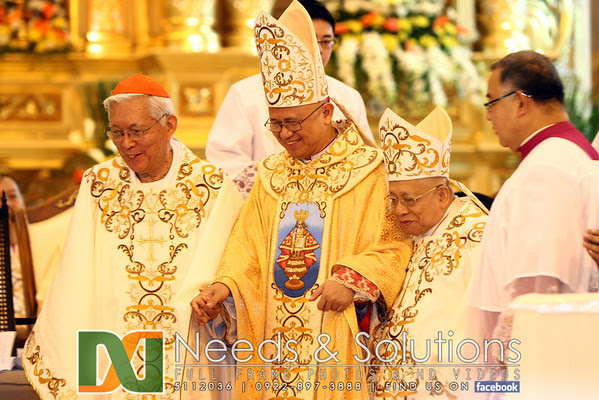 The two of the three cardinals of the Church in the Philippines
leads Archbishop Palma to the cathedra of the See of Cebu. 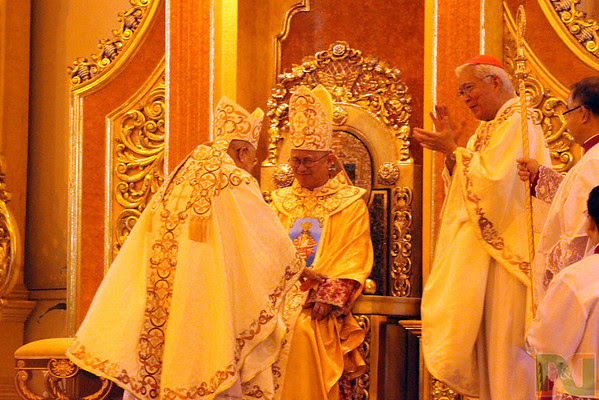 The archbishop is enthroned... 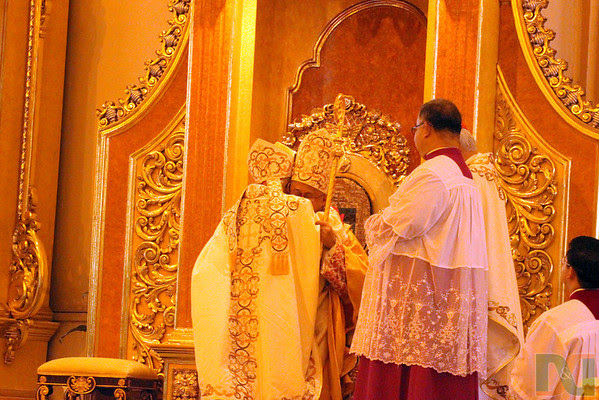 ...and receives the crozier or pastoral staff and a hug from his immediate predecessor 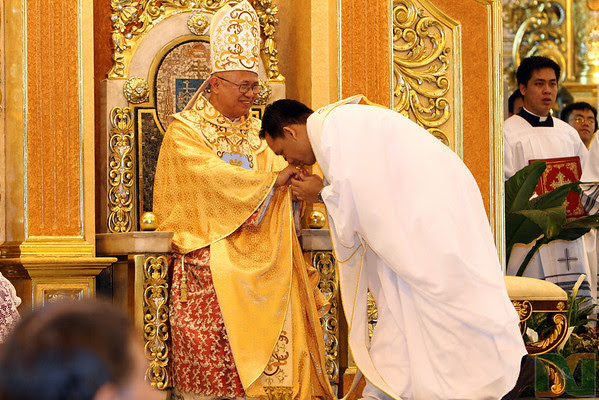 Receiving the homage and obedience of the clergy 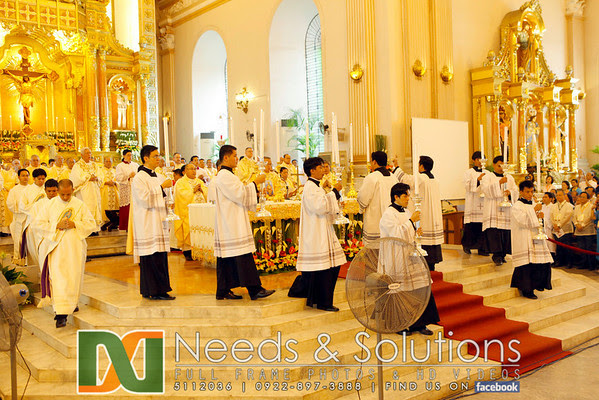 The seven candle bearers in black cassocks. Nice! Again,
you will not see this in the Manila Cathedral.
I am wondering though why the deacons weren't in dalmatic. 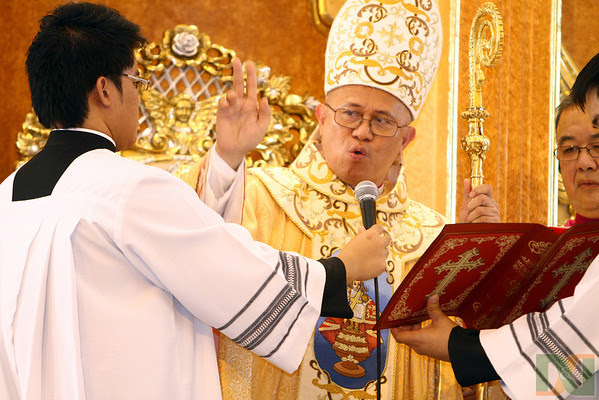 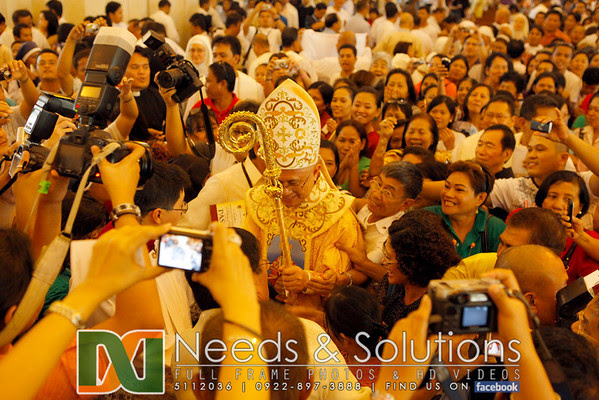 The newly installed archbishop with his flock 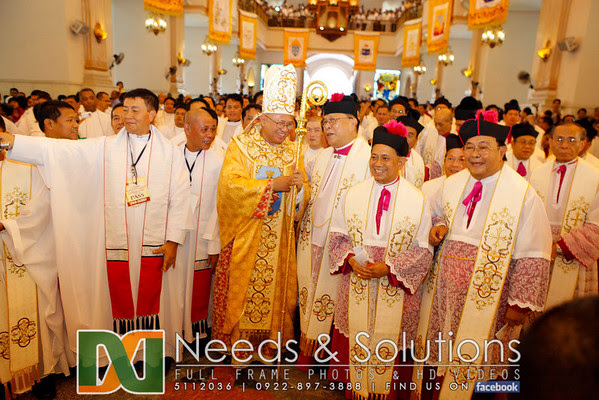 ...with his co-workers in the Lord's vineyard.
For more photos, click here.

Judging by the photos, I say it is a far cry from how Cardinal Gaudencio Rosales was installed, right?

I am happy that the noble celebration of the liturgy is gaining a resurgence in Cebu!