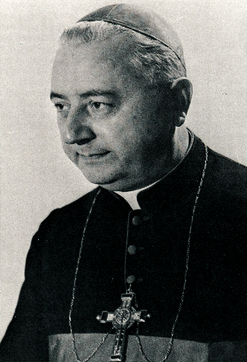 Cardinal Walter Kasper, the same theologian who resurrected the zombie called "Communion for the Divorce and Remarried" has once again struck!

In a report posted at The Remnant, Cardinal Kasper, allegedly submitted in his position/petition letter to the Cardinal Prefect of the Sacred Congregation for the Causes of Saints, Cardinal Angelo Amato,  to have the liturgical architect of Vatican II, and long suspected to be a Freemason, raised as a Servant of God.


"In his long letter to Cardinal Amato, Kasper, according to unconfirmed reports, cites the heroic virtues of Bugnini at length, particularly:

Stay tuned as this develops. We seriously hope this is a bad joke.