There are some things that will never change.

1.  Earth is still round
2.  The Catholic Church is still standing
3.  Same sex unions will still remains unions and not marriage even if State laws are changed.
4.  Women will still not become priests.
5.  Anscar Chupungco's liturgy is innovation and invention
6.  And Carlos Celdran is still going to jail. 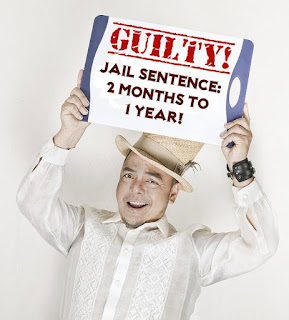 And I read that Celdran's lawyer is perenially media present Harry Roque who claimed that the case against Celdran is an affront to freedom of expression.

Harry Roque is not a fool.

Harry Roque also said the same thing when that German lover of the dead transgender scaled the fence of a military camp, and then the stunt by Celdran, calling it "freedom of expression".

Again, he is not a fool.

He ran for Congress last time.  Lost.  Good.  He knows how it feels when he does it again next year.

Posted by Pedro Lorenzo Ruiz at 11:09 AM