"In 1999, the conference approved the Philippine Supplement to the Roman Sacramentary containing the particular liturgical calendar and Masses for the country. As a sign of inculturation the conference endorsed in 1975 the Misa ng Bayang Pilipino, which is gathering dust in the Vatican archives...

I believe that inculturation is foremost among the areas that suffer the brunt of counter-reform. And this is happening a few years after the publication in 1994 of the Instruction: The Roman Liturgy and Inculturation. The council fathers must have perceived that liturgical inculturation is of such consequence to the renewal of worship in local Churches that they approved four relatively long articles on the subject.

Liturgical inculturation has lately been silenced because of the emerging desire of some sectors to reinstate medieval traditions represented by the Tridentine liturgy."

The late Filipino liturgist admitted that his fabricated and experimental liturgy whose main purpose is JUST INCULTURATION is gathering dust in the Vatican archives.  And rightly so.  Because it is anything but an expression of the Roman Rite.  It is a completely fabricated right.

Let us turn to the Holy See's instruction about inculturation of the Liturgy. With these quotations from the Instruction: Inculturation and the Roman Liturgy issued by the Congregation for Divine Worship and Discipline of the Sacraments on March 29, 1994.  This is the fourth instruction for the right application of the Conciliar Constitution on the Liturgy.


27. In the liturgy the faith of the church is expressed in a symbolic and communitarian form: This explains the need for a legislative framework for the organization of worship, the preparation of texts and the celebration of rites.[59] The reason for the preceptive character of this legislation throughout the centuries and still today is to ensure the orthodoxy of worship: that is to say, not only to avoid errors, but also to pass on the faith in its integrity so that the "rule of prayer" (<lex orandi>) of the church may correspond to "rule of faith" (<lex credendi>).[60]

However deep inculturation may go, the liturgy cannot do without legislation and vigilance on the part of those who have received this responsibility in the church: the Apostolic See and, according to the prescriptions of the law, the episcopal conference for its territory and the bishop for his diocese.  [Take note of this instruction's paragraph.  The buck stops at the Apostolic See, not the table of some liturgist, not from the table of a bishop of a diocese, but the Apostolic See.]

36. The process of inculturation should maintain the substantial unity of the Roman rite.[75] [The inculturated Misa ng Bayang Pilipino is anything but in substantial unity of the Roman Rite.  The opening rite itself of the MBP is completely different from the Roman Rite.] This unity is currently expressed in the typical editions of liturgical books, published by authority of the supreme pontiff and in the liturgical books approved by the episcopal conferences for their areas and confirmed by the Apostolic See.[76] [The MBP was celebrated under the authority of the dissident Filipino bishops and priests who have the audacity to publicly celebrate a rite not having the approval of the Holy See.  "What is important is we serve the Lord and worship Him in spirit and truth."  My dear, what are rules for?  Why would these bishops get their appointments from Rome if Rome is nothing but a figure head?  What is Rome for when these bishops openly defy the Holy See?  When it comes to liturgical dissent you can always point your finger at FR. GENARO DIWA.  When it comes to public dissent, there is no other way of putting it plainly. Fr. Diwa WILL support liturgical dissent but will never ever support the LEGAL celebration of the Traditional Latin Mass which has been granted UNIVERSAL freedom to be celebrated in all Latin Rite Catholic churches and chapels.] The work of inculturation does not foresee the creation of new families of rites; inculturation responds to the needs of a particular culture and leads to adaptations which still remain part of the Roman rite.[77]   [The MBP is a NEW RITE and it does not respond to a particular need.  It responds to an EGO need of a liturgist!]

54. For the celebration of the eucharist, the Roman Missal, "while allowing ... for legitimate differences and adaptations according to the prescriptions of the Second Vatican Council," must remain "a sign and instrument of unity"[107] of the Roman rite in different languages. [The MBO became a symbol of public dissent like how Communion in the Hand was "allowed" by dissident bishops who opted to practice it before securing the permission of the Holy Father!]  The General Instruction on the Roman Missal foresees that "in accordance with the constitution on the liturgy, each conference of bishops has the power to lay down norms for its own territory that are suited to the traditions and character of peoples, regions and different communities."[108] The same also applies to the gestures and postures of the faithful,[109] the ways in which the altar and the book of the Gospels are venerated,[110] the texts of the opening chants,[111] the song at the preparation of the gifts[112] and the communion song,[113] the rite of peace,[114] conditions regulating communion with the chalice,[115] the materials for the construction of the altar and liturgical furniture,[116] the material and form of sacred vessels,[117] liturgical vestments.[118] Episcopal conferences can also determine the manner of distributing communion.[119]  [No mention of dance here!]

And yet with all the bragging about a world-class, professor magnificus of liturgy we have in the Philippines....with a liturgist like Fr. Diwa still in power, twisting elbows and working underground to pin faithful priests who would want to celebrate the Roman Rite (ordinary form or extraordinary form) legally and according to the liturgical books approved by competent authority, he still pushes  for his liberal liturgical agenda by teaching the MBP which is now systematically being celebrated and taught in seminaries, convents and schools for future priests, religious and professional lay liturgists.

While they sit back and watch these things happen.

Yes, LITURGICAL ABUSE is being legitimized!

What's your response to this?

Openly support priests who are faithful to the Church, who celebrate the Holy Mass the way it was meant and intended to be.

Or go to a priest and have him celebrate the Traditional Latin Mass.

If you had enough of the liturgical nonsense that goes on in your churches every single week, go and look for a priest who celebrates TLM.  JUST STAY AWAY FROM THOSE WHO CLAIM VATICAN II IS HERETICAL.

There are priests whose ego have just eaten them up, and they are present from both ends of the spectrum.

One is a Franciscan, one is a colorum priest hiding in the USA.

These priests need a lot of advice from DOCTORS.

Their ego is eating them up, slowly, painfully.

The only way to address liturgical abuse, since the bishops would not even lift a finger against this is to STOP SUPPORTING PRIESTS WHO ABUSE THE LITURGY.

Support only those priests who love the Church and celebrate the Mass faithfully!

There is no other way. 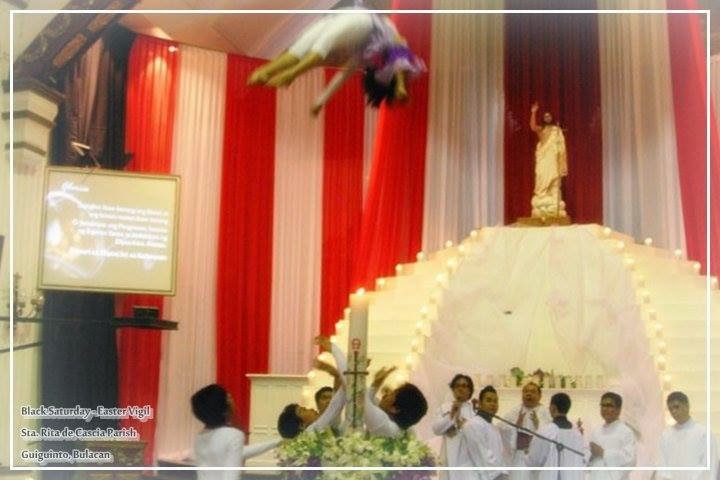