Here is an example. 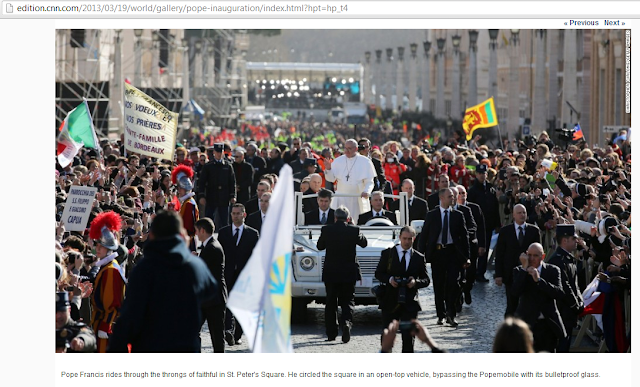 This is the caption:

Pope Francis rides through the throngs of faithful in St. Peter's Square.  He circled the square in an open-top vehicle, bypassing the Popemobile with its bulletproof glass.

Pope Benedict XVI used that too in his Inaugural Mass in 2005. The pope NEVER uses the bullet proof popemobile in the Vatican!

It's is an obvious jab against the emeritus pope and the continuing "praise release" on the humility of our current Holy Father.

UPDATE:  Here is a similar post but with a much extensive analysis.  Enough posting for me today.  I'm spent!  Poof!